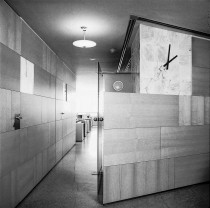 COAC, 5th FLOOR The 5th floor of the C.O.A.C., Secretary and Legal Advice, was carried out by Don Antoni de Moragas Gallissà and was honored with the FAD 1962 award. The meeting of the C.O.A.C. considered that these dependencies were 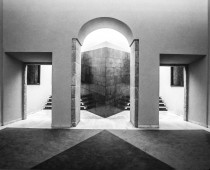 REINA SOFÍA ARTS CENTRE AUDITORIUM The ground floor of one wing of the old Hospital General in Madrid was converted into a hall for functions and audio-visual presentations, as part of the programme for the fitting out of the hospital